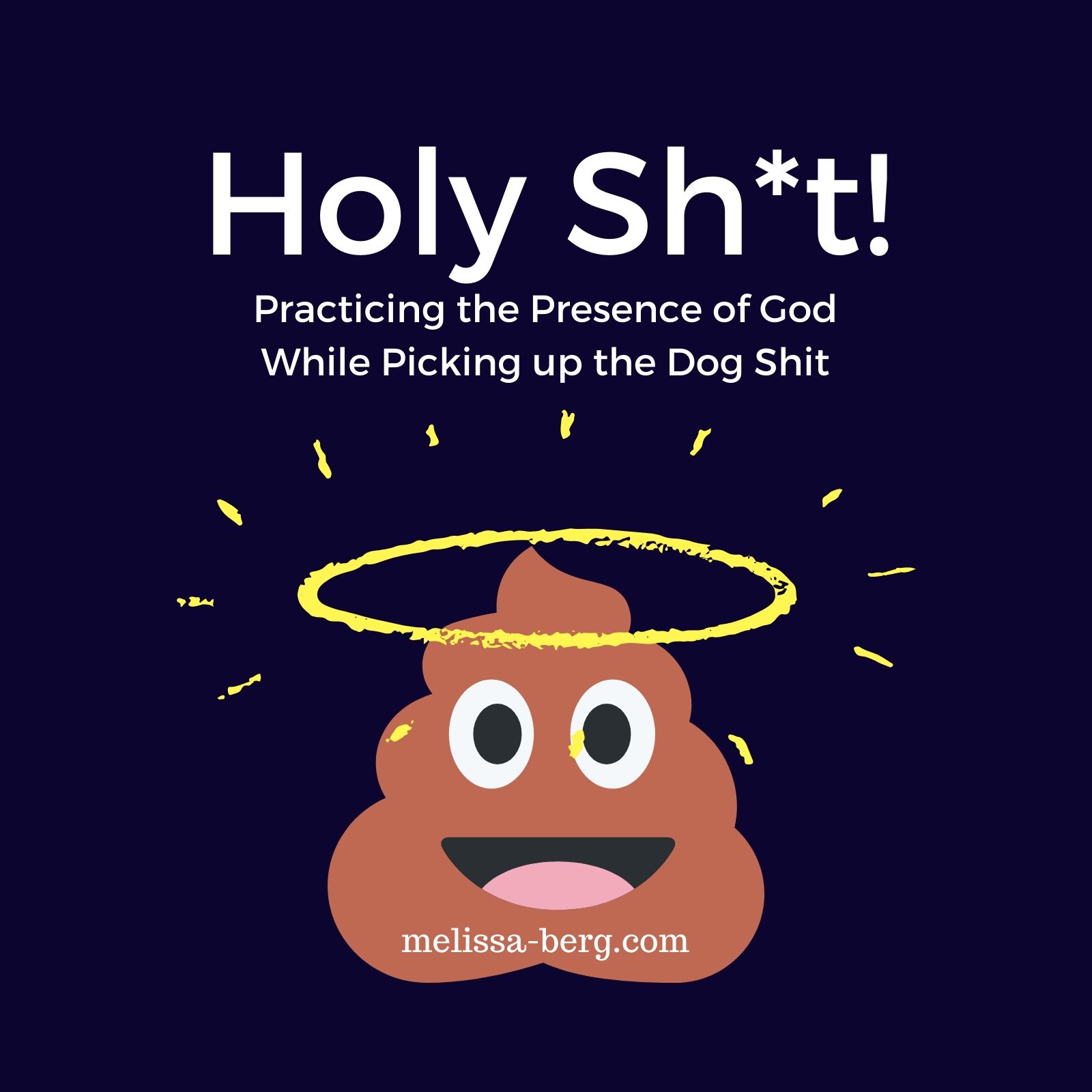 Have you ever thought about practicing mindfulness, or positivity, while performing generally unpleasant, boring, dreadful tasks?

This would be called “Practicing the Presence,” of God. (God/Spirit/Oneness – whichever name you call your Higher Power – is the Divine Presence of the ever-expanding Universe.)

About eight years ago I had an “ah-ha” moment about doing my chores and how I just didn’t like doing them; they were boring, and I wanted to not be doing them.

I was putting resisting energy toward doing the chore. I had been this way since I was a child. However, with the influence of Mile Hi Church classes and workshops, and me taking the action steps to change my world (by what I am learning at MHC), one day I snapped out of it and asked myself “why must it feel this way every time I…. (fill in the blank) - pick up the dog sh*t, put the dishes away, exercise, or…?”

I began to change the thoughts around those chores, and they quit being chores and I dreaded doing them less and less, until I dread them no more.

My testimony how Practicing the Presence works is…

Practicing the Presence while picking up the dog shit in the backyard.

At that moment I realized that chores don’t have to be a “bore”, I began to make Thursday mornings my ritual of picking up the dog shit, before the trash truck came for the week.

Excuse the word, it just really pertains to my personal lesson.

My ritual was this. For every shit I was picking up, I blessed the shit in my life. I gracefully scoop the shit in the scooper and bless it while I put it in the bag.

I cannot believe how fast I can get that shit picked up!

When I was a kid, all the way to an adult, I resisted picking up dog shit. It felt like 1,937,378,830 hours, picking the shit up when I had the feeling of resistance and dread. I’d be in my head about how much I “hated” picking up shit.

Since I have grown up, I accept and bless the shit (literally and figuratively) in my life, when the shit shows up, I am able to just “bag it”, “bless it” and “go about my way.”

Update: I’ve also learned that picking up shit has its seasons too. I prefer picking up frozen shit, but it must be on the grass. I can pick it up without leaving any skid marks in the grass, like warm, summer shit.

Frozen shit on snow is a no-go. I need an excavator to extract the shit from the frozen tundra in my back yard. It’s like little shit mines back there during the winter.

So, I thought to myself, what shit in my life can I freeze and pick up without leaving any residue?

I began to meditate - with the shit scooper still in my hand - on the shit in my life that can be frozen and given to God to dispose of it.

Practicing the Presence while picking up the dog shit has really made a difference in my weekly chore. I gladly pick up the shit now.

How can you improve your life greater by Practicing the Presence of God?

Relationships as a Path of Spiritual Growth 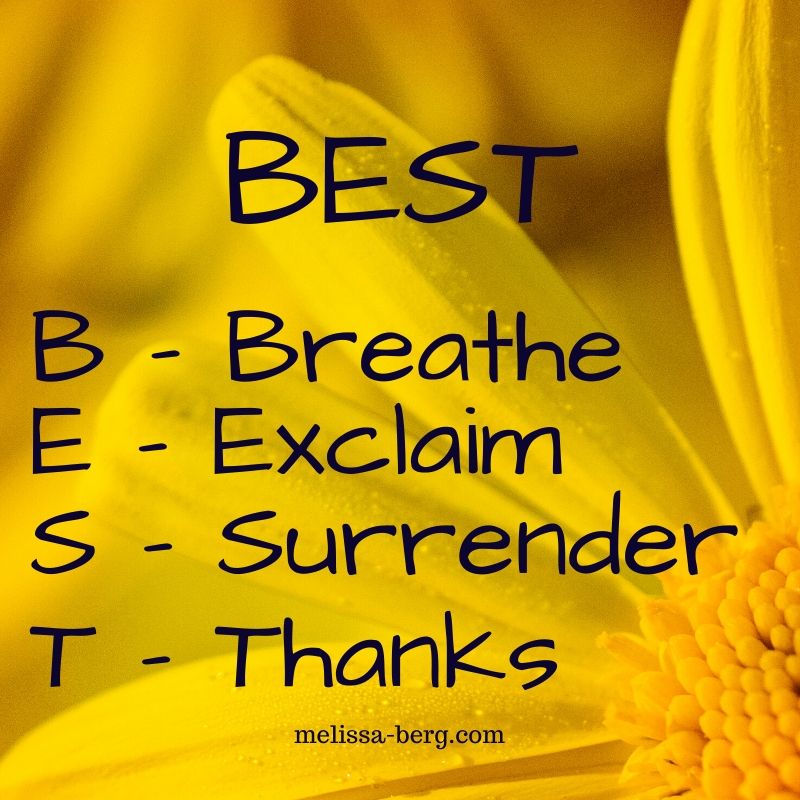 Recently I completed a spiritual growth lesson in a Toastmasters International Pathways course. The lesson was called “Focus on the Positive,” a project in the Leadership Development path, a Level 3 elective. I am a pretty positive person by nature, so I wanted to enhance myself by seeing where areas of improvement are, aka working on my Spiritual Growth through relationships.

The “Focus on the Positive” project addressed strategies for improving my relationships and personal interactions by understanding the impact of my attitudes and thoughts in my daily interactions. I kept a daily journal/record of my moods and attitudes for two weeks. I noted when I felt positive or negative, my successes and efforts, and my daily gratitudes. I also recorded and evaluated any changes in my behavior and the behavior of those around me.

After day six of keeping record of my thoughts and feelings, I noticed an area for improvement within my relationships. I was feeling annoyed with my dear husband’s driving. Our relationship is important to me. I love him, and I don’t want to feel annoyed, so at that moment, I thought, “What can I do to shift my super annoyed feelings, to a feeling of peace and harmony?” Then the acronym “B.E.S.T” came to me. I can take a deep, centering Breath, Exclaim my thoughts and feelings to Spirit, Surrender the outcome to Spirit, and, to be Thankful that the situation is blessed and taken care of by Spirit.

The next opportunity that I drove in the car with my dear husband, I was able to practice “Doing my B.E.S.T.” Instead of reacting to my loved-one with annoyance, I was able to practice “B.E.S.T.” I cannot believe how free I felt, at that moment, that I did not have to “fix or “solve” an issue. My loved-one can do just fine without my commentary on driving. When I am finger-pointing, I have three pointing right back at me. It’s not about how I can change my loved-one, it’s about changing me, and how I respond to them. Once I changed me, I noticed the relationship between my dear husband, and I has changed positively, too; and now we’re both not annoyed driving together! I do my best to apply the “B.E.S.T.” acronym in all areas/relationships of my life now.

How can I teach the concept of “Relationships as a Path of Spiritual Growth” in spiritual guidance sessions? I would teach through experience. I understand that relationships offer a path of awakening, healing, and fulfillment, and to invite us to shift to new levels of consciousness. Relationships provide us an opportunity to practice and trust Divine Principle, and to use the creative process. Since I know this is true for me, I know this is true for others, including clients in a spiritual guidance session. I can ask the client if they are open to hearing some ideas how to heal their relationships. If they are open and willing, I would suggest an exercise like “Focus on the Positive.”

What do you think? How can you do your B.E.S.T. in your daily relationships?