Death as a Path for Spiritual Growth

They say things happen for a reason, but it doesn't make it easier...

Last night we had a snowstorm.

I arrived home around 10pm from my night prayer practitioner class and pulled into my garage.

It took me a good minute or two to get my things together to take inside.

I noticed how blizzardy it looked as I got out of my truck.

I pushed the garage door button and went inside.

Fast forward to this morning.

We received about six inches of snow.

My husband Chad had to clear off his Jeep to go to work.

He opened the garage door and he noticed our beloved feral neighborhood wildcat, Buster, got into our garage last night.

Apparently when I came home from night school he must have gotten to the garage and as I pushed the garage door button the door closed on his neck.

His head was outside, and the rest of his body was inside the garage.

He even tried to claw and scratch his way free!!!

I hope his soul hit the eject button and did not suffer.

I am devastated. I can’t believe I killed him.

Why didn’t the sensor make the door go back up?

How come I didn’t see him?

I loved him so much.

He knew when he came to my home, I would give him love and a can of wet cat food or a pile of dry. 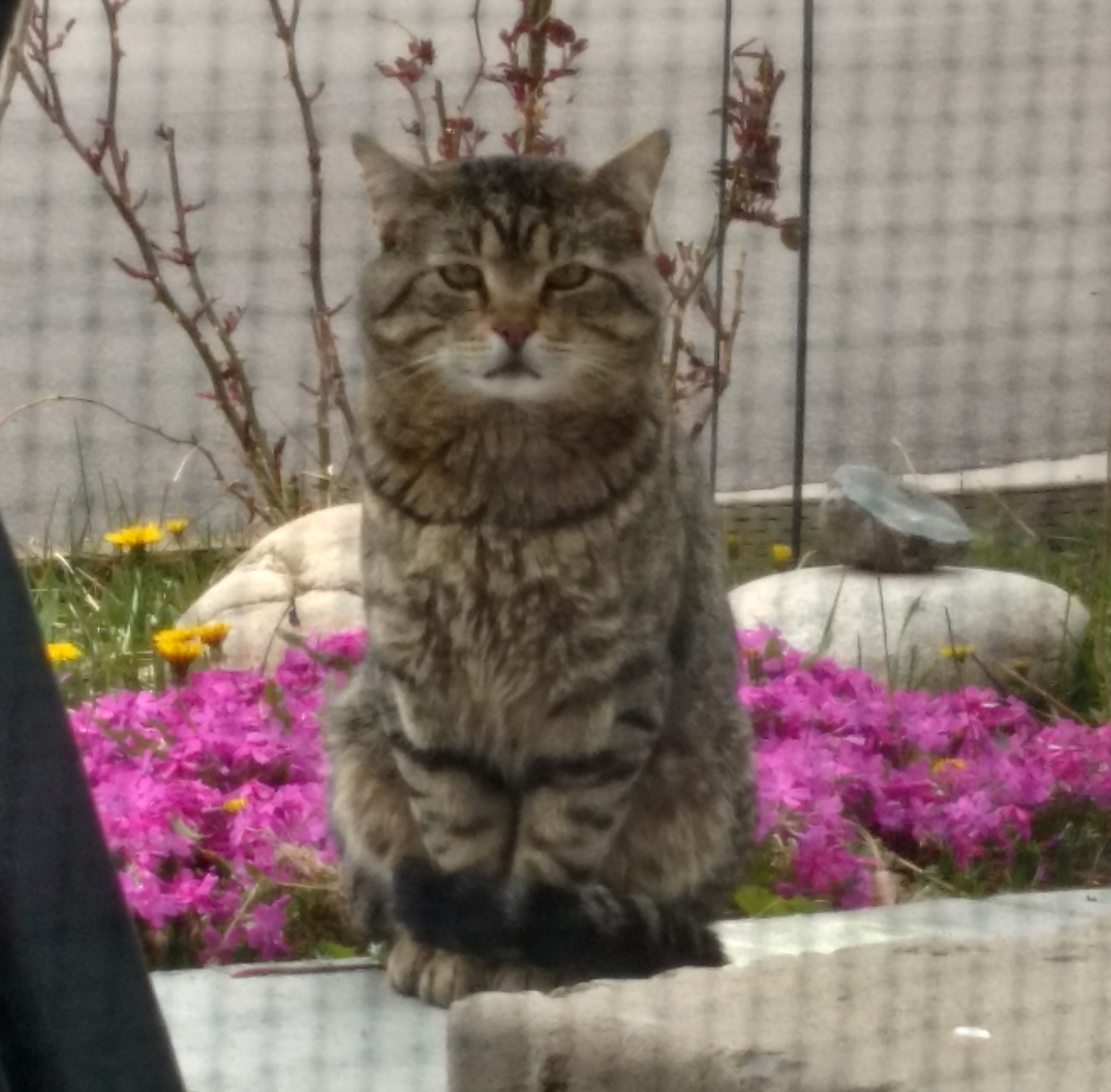 A few years ago, I gained his trust enough that he would allow me to pet him.

I extended my index finger and he would smell it and I would rub his cheeks and ears.

Eventually as time went on, he would let me pet his back.

He would leave for weeks, sometimes, months, but he always returned for a definite meal and some lovin’.

He would sit on my front porch step till I would notice him.

I was always delighted to see him.

I prayed for him when he was away.

I always told him I loved him.

I loved him as my own, though he was Mother Earth’s cat.

He survived and thrived in the wild.

But for some reason, it was his time.

But why did he choose to die in MY garage?

Why did I have to be the one who “ended his life?”

After sobbing and wailing over him, he intuitively told me that he took his life and that I loved him and that I would do right by him.

I am devastated to know that I had a part in his death, but I am partly relieved that I know where he is. I know he wasn’t hit by a car or eaten by another animal.

I plan to have him cremated.

I believe he is now a Spirit Animal protecting me, my home and loved ones.

I am currently working though sudden death issues and then Buster suddenly dies. Why?!?!?!?!?

But as they say, things happen for a reason…

Thank you for your God Presence, Buster Wildcat. I love you.